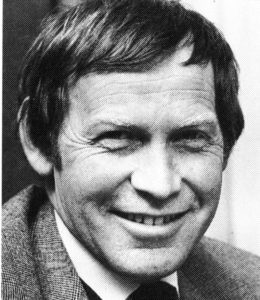 His ideas and concepts caused him to be known as the “father of Flexitime” and led to the discussion on making working hours flexible be discussed across the then West Germany, and with time to find more and more implementation. Haller advocated “three for two” job sharing to combat unemployment in the late 1970s. His advice was in demand as a Flexitime expert, not only in Germany but also worldwide.

In the course of this development, Haller started to design the first computer system worldwide from which a little later the first PC-based time recording equipment for SME’s (small to medium-sized businesses) were developed. In their basic mode of operation, these systems met the standards of all time recording systems today. Many other products and patents can be attributed to Haller’s inventions.

In order to achieve his goals faster and better and to give the employees a share in the success, Haller founded the company Interflex Datensysteme with three others of like mind which continually developed to become European market leader (it was later taken over by Ingersoll Rand). Haller built his organization on the basis of progressive management concepts. Employee motivation played a central role in this. The idea was that one third of profits should be shared each by investors, employees and charitable projects. A novelty for that time was the active involvement of employees in decision making processes.

Haller never saw himself as the boss but rather as part of a team, yet he was nevertheless a recognized and competent CEO. He was able to make his ideas understood and related them to others, inspiring and exciting his employees, winning them for a shared vision, and thus using their knowledge potential for the organization. It was extremely important for Haller for work to be fun.

Willi Haller left his company in the 1980s and worked as a consultant and coach in companies, trade unions, institutions and social organizations. He founded a number of social projects, including the “Lebens House“[6] and the “Nudel House“. He was guest speaker at universities and management seminars[9] and appeared in television shows.

Although Haller was a radical thinker, he also had an influence on leading managers because he was not only charismatic but also pragmatic and logical in his argumentation. He is the author of a number of books and many articles about management, economy and theological themes. He saw himself as the student of the philosopher Martin Buber, whose influence is apparent in Haller’s book The Dark Fire demonstrated in this extract:

“…the process of transformation of the seed into fruit—to use an image of Jesus—the darkness of the earth and its
apparent annihilation are decisive. Obviously, salvation grows above all out of sorrowful experience with oneself and with the environment”.

Haller’s ideas continue to be a source of influence even after his death, including in the work of the International Leadership and Business Society, which has set as its aim the humanising of work.