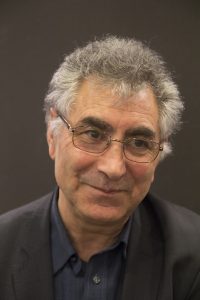 Murat Tuncel was born in Kars, in eastern Turkey in 1952. He worked in Turkey as a primary school teacher and later taught Turkish language in a high school. He later worked as a journalist for many newspapers and magazines.
He has published eleven books in Turkish including novels, short stories children’s books and memoirs. Two of his novels and a short story collection won major literary awards in Turkey.